Uganda is a home to over 13 Wildlife Reserves and the Bokora Corridor Reserve in the Karamoja sub-region is one of them. It is located within the dry plains of north-eastern Uganda and was gazetted in 1964 making it one of the oldest Reserves in the country.

Bokora Corridor Wildlife Reserve stretches for 794 square miles extending from Mountain Kadam all the way to Mount Napak on its North thus making it one of the largest Protected Areas in the country and is part of the numerous Wildlife Reserves within the Karamoja sub-region. 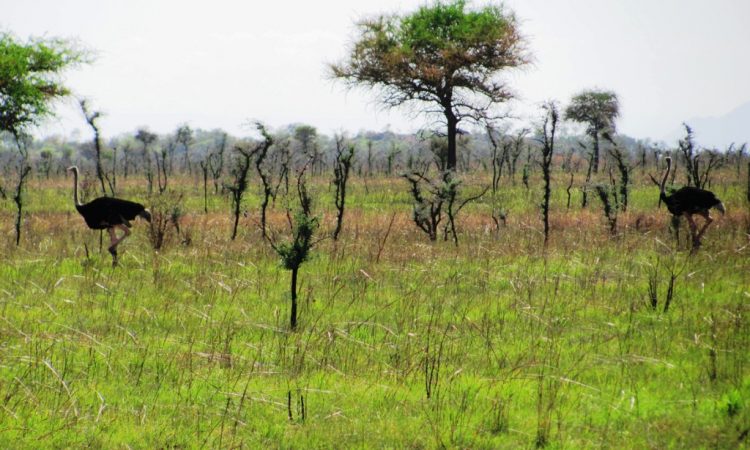 This site is a home to numerous wildlife species including antelopes such as roan antelopes, elands, lesser kudus, Bright’s Gazelles and gazelles, Buffaloes, giraffes, lions and leopards mainly found within the Loporokocho Swamp. Several extraordinary species of birds such as the Ostriches call this Wildlife Reserve home and are only found in Kidepo Valley National Park.

Other species include the Jackson’s Hornbill, Black-throated Wattle-eye, the White-headed Buffalo-Weaver, Ostriches (that are only found here and within Kidepo Valley National Park), Bronze-napped Pigeon, the African Hill Babbler, the Eastern Hartlaub’s Turaco, the Grey Cuckoo-Shrike, Lemon Dove, Mountain Yellow Warbler, Dusky Turtle Dove, Thick-billed Honey guide and the Alpine Chat among others. Of all the swamps in this Wildlife Reserve, the perfect spot for birding is the Loporokocho Swamp because there are numerous species of birds such as the ostrich (mostly found within the Karamoja sub-region) that are rarely spotted in other places.

Perfect Time to visit Bokora-Corridor Wildlife Reserve
Bokora Corridor can be visited at any time of the year but it is easily accessible in the drier seasons (June to September and December to March) because most of the roads are murram and become difficult to access due to the poor road conditions thus 4WD Vehicles are recommended.