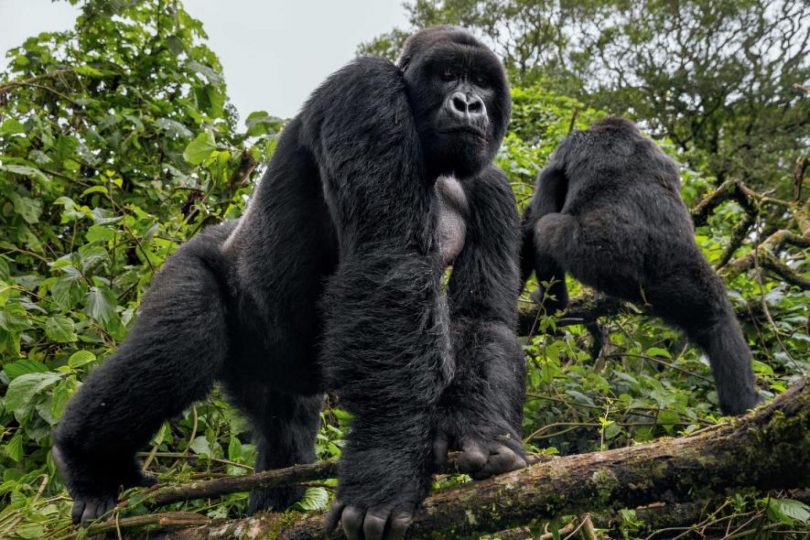 UNESCO, the United Nations Educational, Scientific and Cultural Organization is an agency under United Nations that is specialized in promoting international collaboration through educational, scientific, and cultural reforms to increase universal respect for justice.

The agency has its headquarters based in France’s capital, Paris. The agency was formed in 1946 and its members now are amounting to 194. Its mandate is to identify and recognize different destinations, attractions or sites of cultural and natural importance all over the world so they can be spot lighted for conservation and developed for tourism purposes.

Bwindi Impenetrable national park was gazetted as a national park in 1991 and declared as a UNESCO world heritage site in 1994. The park is managed by Uganda Wildlife Authority (UWA) and is famous for gorilla habituation in Uganda and tracking experience.

The park is located in Southwestern Uganda sited on the mountainous Kigezi region covering over 331 Square kilometers and it is known for its exceptional biodiversity.The park alone is a home to many (0ver 450 individuals) of the remaining mountain gorillas, almost half of these endangered primates that are restricted to only three African countries of Uganda, Rwanda and Democratic Republic of Congo.

The park has diverse wildlife and gives shelter to over 120 mammals, including several primates like the Colubus guereza, bush elephants, antelopes and host to 350 bird species of which 23 are Albertine endemics.

As a key site for biodiversity on the continent and species’ richness, Bwindi impenetrable national park is considered a superlative natural phenomenon. This has made it attract a large number of substantiallocal and international Non-Governmental Organizations for research and community support in order to protect and conserve the site from encroachment and especially conservation of the endangered mountain gorillas.

Rwenzori mountain national park is found in the misty western region of on the borders of Uganda and Democratic republic of Congo. Rwenzori mountains national park is managed by Uganda Wildlife Authority (UWA) that succeeded the Uganda National Parks (UNP), which was the management authority at the time when the site was recognized as a World Heritage Site by UNESCO.

The Ruwenzori mountain is the third tallest in Africa following mountain Kilimanjaro of Tanzania and Mt. Kenya. The mountain is very rich in biodiversity, also presenting some of iconic flora that cannot be seen anywhere else in Uganda. On top of that, the Rwenzori peaks possess permanent snow, despite the fact that it lies astride the equator where temperatures are believed so high.

The vegetation is divided into five distinctive zones and each zone is determined by altitude as well asclimate. There is so much biodiversity in the Ruwenzori Mountains for scientific research on the African continent, and that is why it is referred to as Africa’s big botanical game.

The higher altitude zones, covered by heath and Afro-alpine moorland, extend from around 3,500 meters to the snow line and represent the rarest vegetation types on the African continent. Significant species include groundsels, giant heathers, lobelias and much more.

Situated in Kampala on Kasubi hill, the tombs were built back in 1882 and then made burial grounds in 1884 for the royal family members. The palace was built for the Kabakas (kings) of Buganda kingdom with thatched grasses on top and circular in nature to depict the way of life of the Baganda culture and the traditions.

The Muzibu Azaala Mpanga, main building of the Kasubi tombs has tombs of four Kabakas and in the essence of understanding; the place is for spiritual beliefs and identity of the Baganda people.

At the same time, the place is considered/qualifies a religious centre in the kingdom of Buganda for the royal family where all the important traditional rituals are performed.

Under UNESCO, the significance of the tombs is within the intangible values of continuity, spirituality, beliefs and identity of the Baganda people serving a great reflection of Buganda’s historical and cultural symbol for Uganda and East Africa at large.

Although there was a fire outbreak that destroyed the main building and with no clear causes apart from a raised issue that the fire was due the caretaker cooking around the area of tombs. This was a great set back since one key attribute of these tombs is now missing, however, the other building materials could easily be traced that is wood poles, spears, grass, reeds and wattles to reconstruct the tombs.

The UNESCO world heritage committee included the Kasubi tombs on their list several years back, and even after the tombs were burnt down, UNESCO has contributed greatly to the reconstruction of the site and as well as using fireproofed materials to bring back the cultural image of the site.