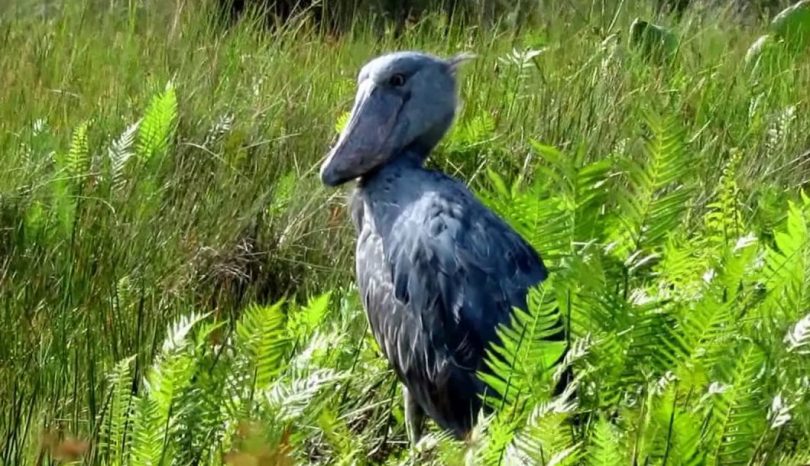 Are you looking for a memorable birding experience in Uganda? Below are some of the top spots for excellent bird watching the true Pearl of Africa.

This is situated in the west of Entebbe on the fringes of Lake Victoria and one of the best and most convenient places for birding trips close to Kampala, but most notably viewing the elusive Shoebill.

The swamp has developed into one of the most spectacular spots birding tours in Uganda and entire East African region. While here, visitors are treated to a local canoe experience through papyrus and other marine vegetation in search of the Shoebill and other bird species that inhabit this place.

Mabamba bay is not only home to the shoebill stork but also shelters about 260 species which include, among others, Papyrus Gonolek, Malachite kingfisher, Blue Swallow, Spur-winged and Pygmy Geese, Northern Brown-throated weaver, Papyrus Canary, Goliath Herons, Caruthers’s Cisticola. 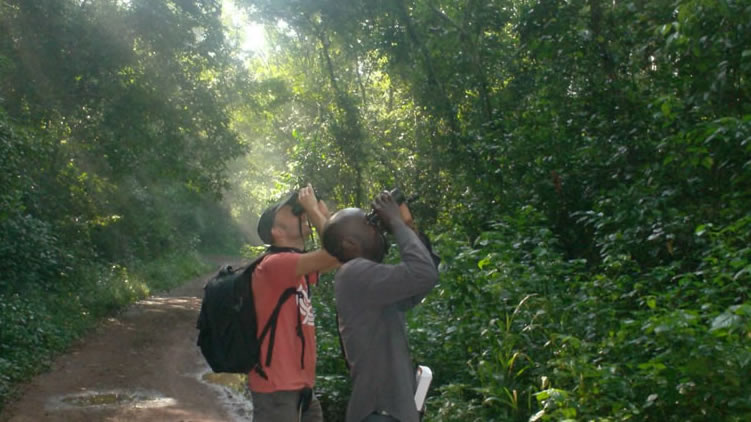 This is another magnificent birding spot located between Lugazi and Jinja covering total surface area of about 300 Sq. Km in Buikwe district. Mabira Forest Reserve is the biggest block of semi deciduous forest left in Uganda and a habitat for many endangered bird species such as Nahan’s Francolin, Yellow mantled weaver and Capuchin Babbler.

Located in western part of Uganda, the nearest from Kampala city and smallest of all savannah parks in Uganda, covering an area of 370Km sq. 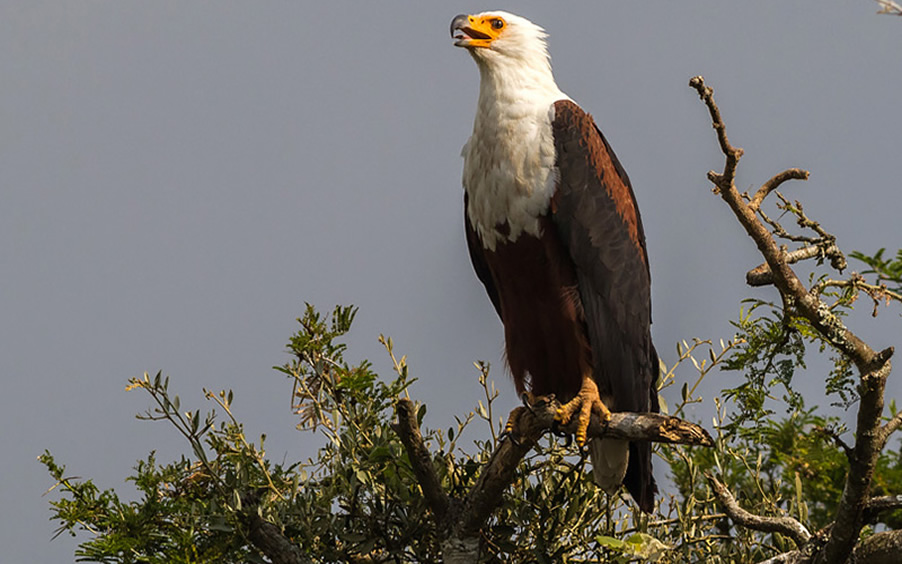 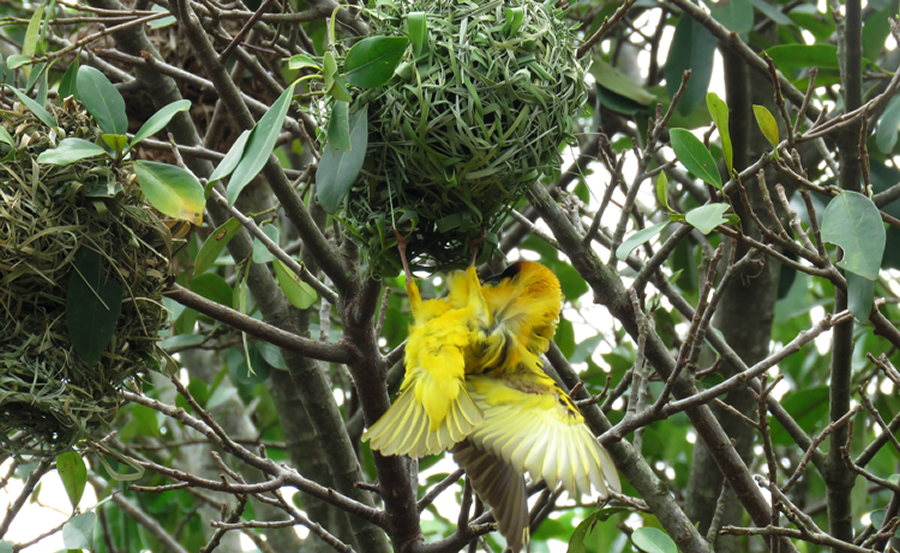 Located in the extreme western part of Uganda in Bundibugyo district, along D.R. Congo and Uganda border. The park is the midst of western arm of the Eastern Rift Valley. A bigger number of Guinea Congo bio species reach their eastern limits here. In this park one can find some of the most spectacular and sought after birds of the continent such as long tailed Hawk, Congo Serpent Eagle, Nkulengu Rail and Black wattled Hornbill. 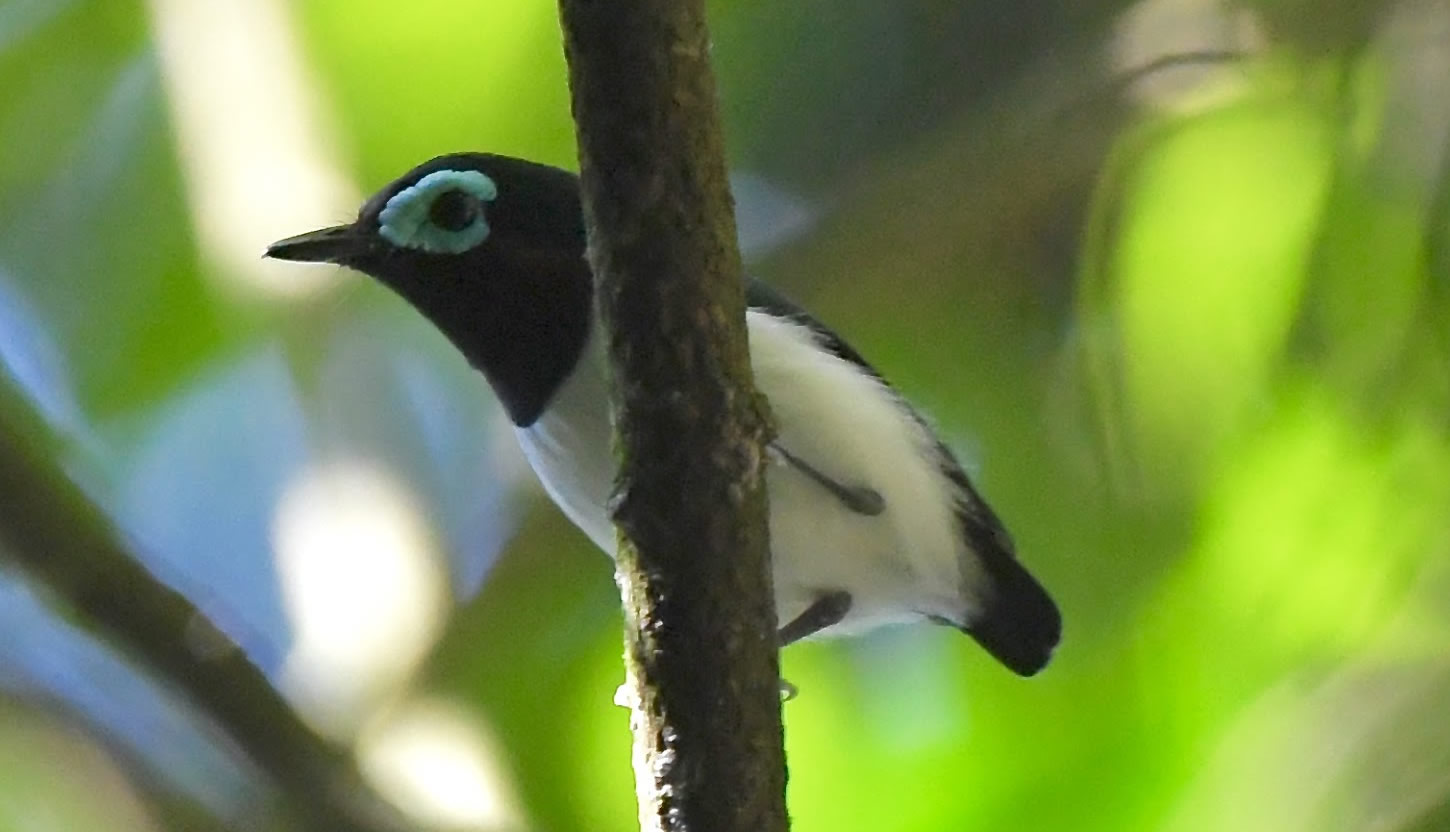 The forest is Uganda’s largest natural forest reserve conserved in the north western part of Uganda on outskirts of the popular Murchison falls national park.

Budongo Forest covers total surface area of 79,300hawith only 53% covered by forest, while grassland covers the remaining 47%. The forest is a renown and highly endowed ecosystem with rich biodiversity, including 24 species of small mammals, 465 species of trees and shrubs, 9 primate species, 289 species of butterflies, 130 species of moths and 359 bird species.

Budongo has a prolific bird life with two species not found elsewhere in East Africa;93/144 species Guinea–Congo forests biome,10/22 species of the Sudan–Guinea Savanna biome found in Uganda have been recorded here. 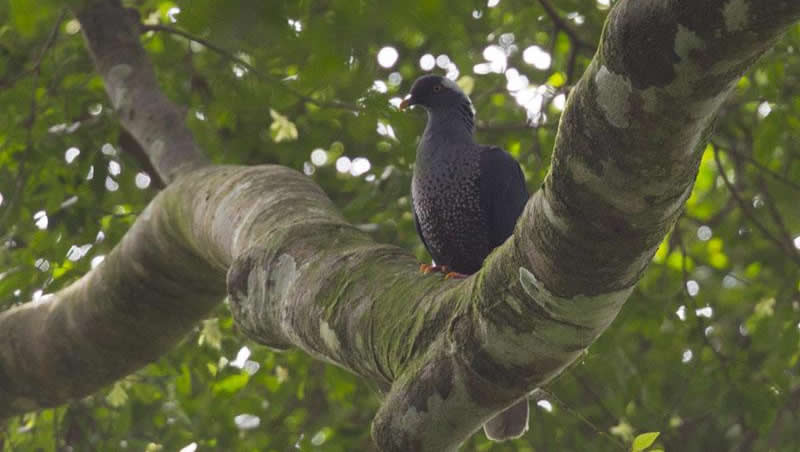 This is an extensive block of rain-forest that gives excellent growth to flora and fauna and a home to Kibale Forest National Park. With a wide variety of interesting bio-diversity, Kibale forest is one of the most remarkable and beautiful forests in Uganda, commonly dubbed the “primate capital of Africa”. Other than harbouring man’s closest relative – chimpanzees, it is also the birders’ haven with majority of endangered species to look out for, including Nahan’s Francolin species, and other popular species, like Great Blue Turaco, White-naped Pigeon, Yellow-spotted Barbet, Purple-headed Starling, Blue shouldered Robin Chat, Joyful Greenbul, Green-breasted Pitta, Black-billed Turaco, Grey-throated Tit Flycatcher, and Cabanis Greenbul.

Located in the Kigezi highlands of South Western Uganda. The altitudinal difference and the strategic location within Albertine Rift presents Bwindi impenetrable forest as one of the most diverse and richest forests in East Africa in terms of flora, primates and bird species. Bwindi is a bird watchers’ haven, holding a record 347 species of both endemic and migratory birds. 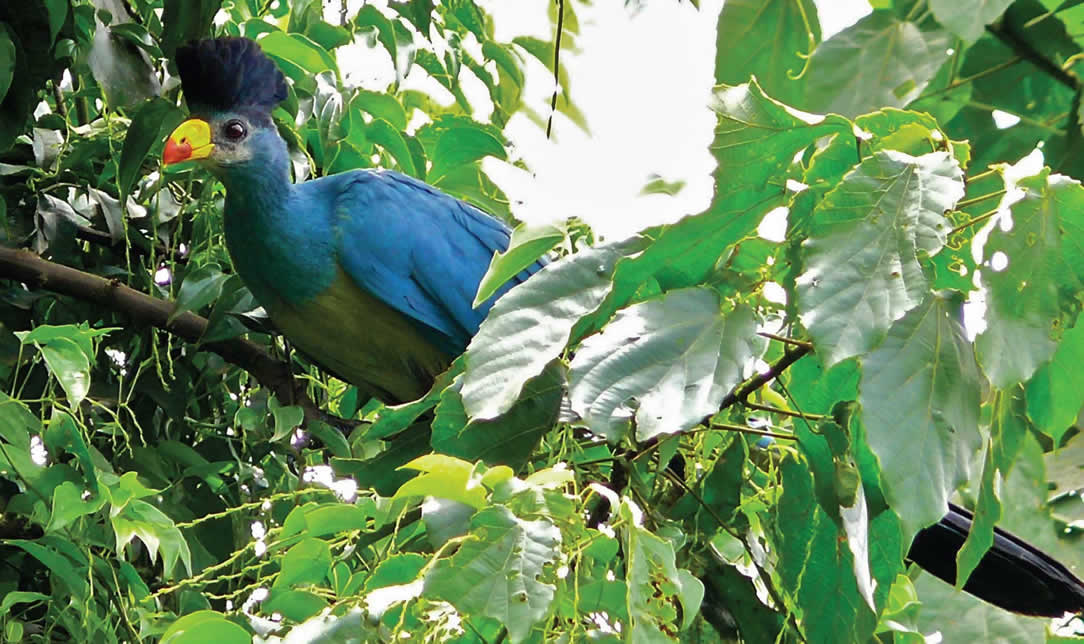 Located in the outskirts of Kibale forest and in the shadows of Rwenzori Mountains (Rwenzori Mountains National Park). The wetland sanctuary has 8 species of primates and other numerous mammals and over 200 bird species, many reptiles and incredible species of trees. Here the favorite starting time for the tour is 7:30 up to 9am or 3pm.Visitors tour this swamp under the instructions of a trained sanctuary guide. Birds are all over in this sanctuary though the visitor’s favorite is the great blue turaco– Bigodi wetland’s permanent dweller.

Here we find over 600 bird species. These can be spotted while on the boat cruise on the Kazinga channel, or during the forest in Maramagambo forest.